On Valentine’s Day, a global revolution was underway. Its message was one of love; not the romantic love so often celebrated on February 14th, but love for womankind. The 14th February was a day to make a stand against the horrific violence that women endure every day in every country across the globe. Organised by the V-Day movement on it’s 15th Anniversary, One Billion Rising called for men and women everywhere to ‘strike, dance, rise!’. Its message: ‘One in three women on the planet will be raped or beaten in her lifetime. One billion women violated is an atrocity. One Billion women dancing is a revolution’. ‘One Billion Rising is a global strike, an invitation to dance, a call to men and women to refuse to participate in the status quo until rape and rape culture ends, an act of solidarity, demonstrating to women the commonality of their struggles and their power in numbers, a refusal to accept violence against women and girls as a given and a new time and a new way of being. ‘

At Kairos WWT, One Billion Rising was an opportunity to rise for the women of Coventry who are exploited on our streets, enduring horrific violence and degradation. Within our communities there is still the false belief that violence against agsint sex workers is acceptable. We rise against all violence to women and we champion the schemes in our city that promote justice and safety for all women inlcuding the Ugly Mugs and the Visual Evidence for Victims Schemes.

We celebrate with our sister organisations, CRASAC, Coventry Haven and Panaghar who dedicate their services to victims of violence across Coventry and we stand shoulder to shoulder to say NO MORE!

Yesterday, we were proud to be a part of this global revolution 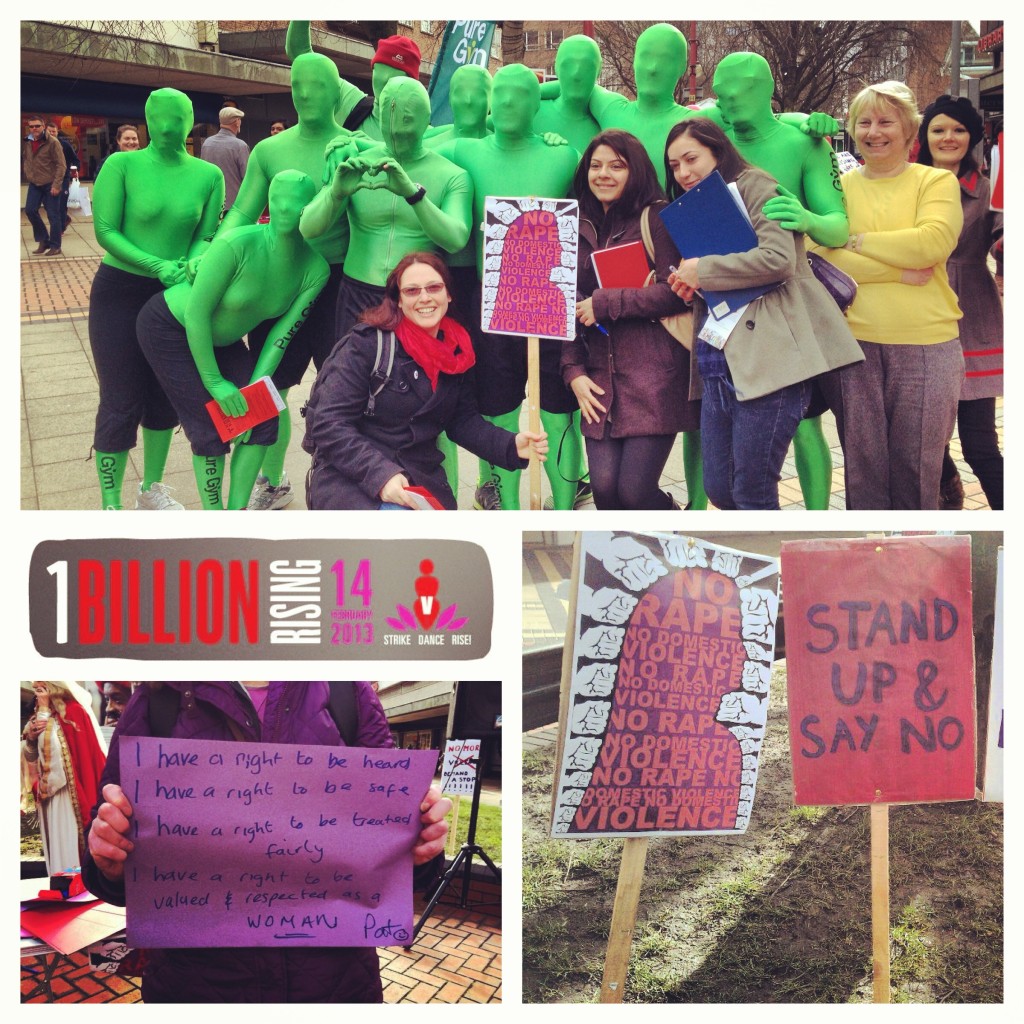 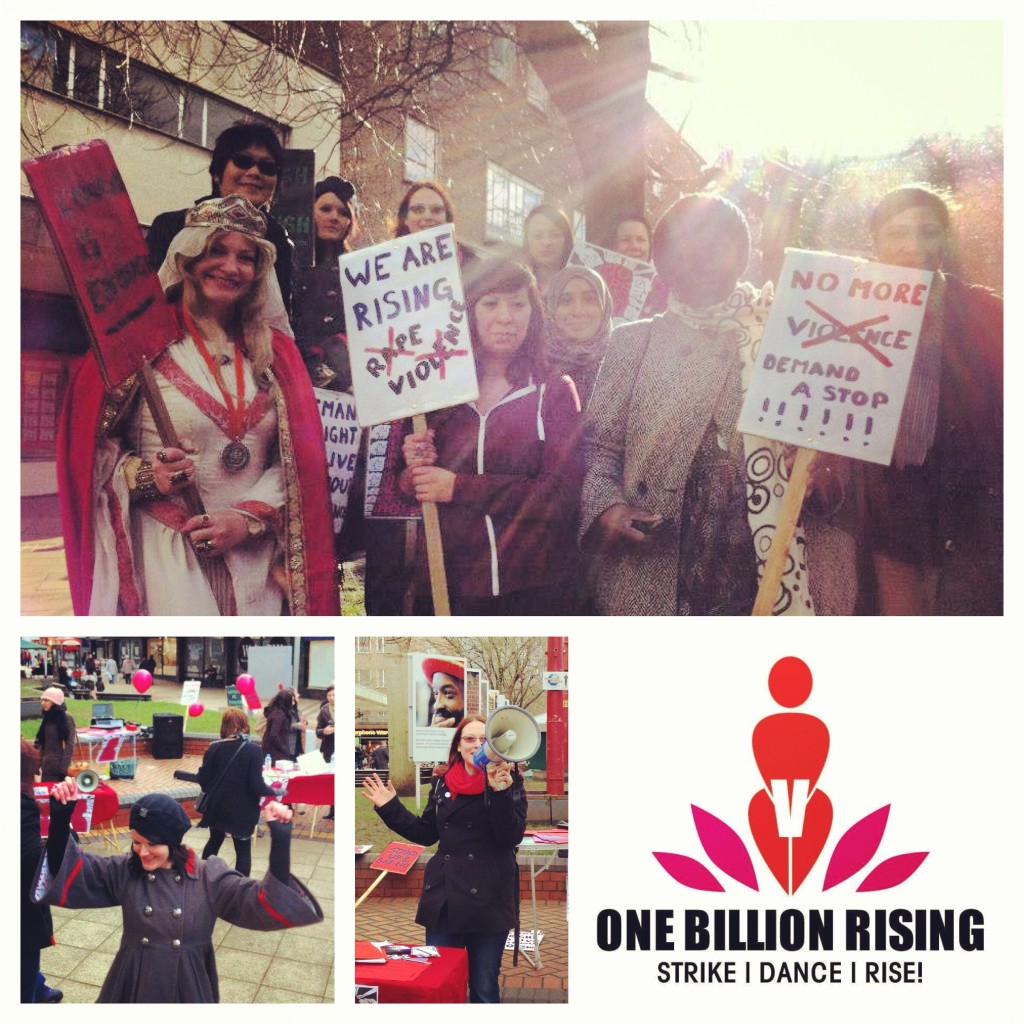 Our thanks to Coventry Feminists and our wonderful volunteers Jen B and Thea who organised the event, support from Foleshill Women’s Training, CRASAC, Panaghar, Coventry Haven, Lady Godiva and Whitefriars and the brilliant busker who got us out of a technical jam and lent us his PA system!

For more information on the One Billion Rising Campaign, visit the official website.