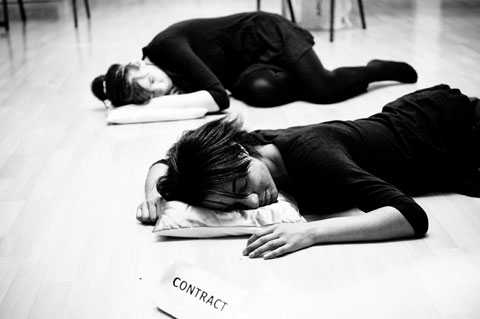 During the months of January to March, four women joined together to form ‘Women On Top’, a unique creative drama collaboration between Caste Away Arts and Kairos WWT. 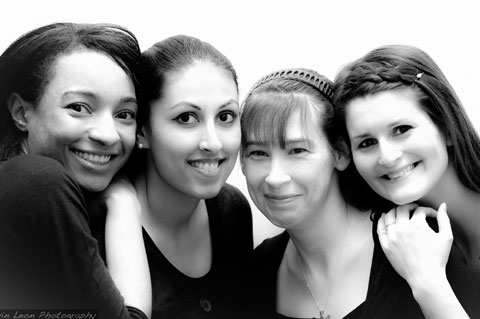 Together we celebrated the voices of women in Coventry in a lead up to International Women’s week 2011. This exciting project was led by Reena Jaisiah, Creative Director of Caste Away Arts, in a 6 week course designed to explore the key elements in drama in order for these talented women to embark on their very own journey of writing, production and performance.
The project explored experimentation with voice, movement, creating characters through improvisation techniques and devising theatre with mime, culminating in a performance of a stage play written by the group titled ‘Midnight Bluebells Ring Out Loudly’. 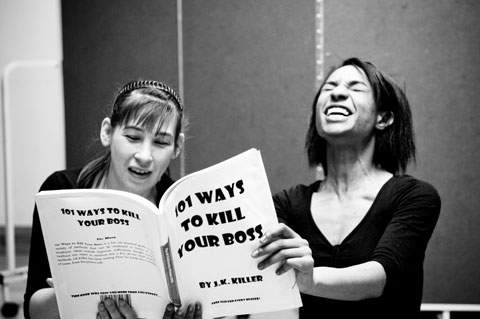 Midnight and Bluebell are caught plotting….

Fun packed and learner led, Women on TOP proved to be an empowering experience during which new skills and greater confidence were developed. 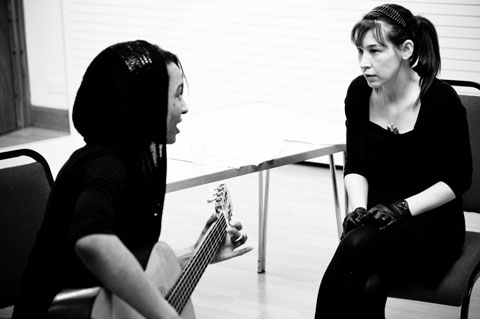 Midnight & Bluebell showcase their many talents 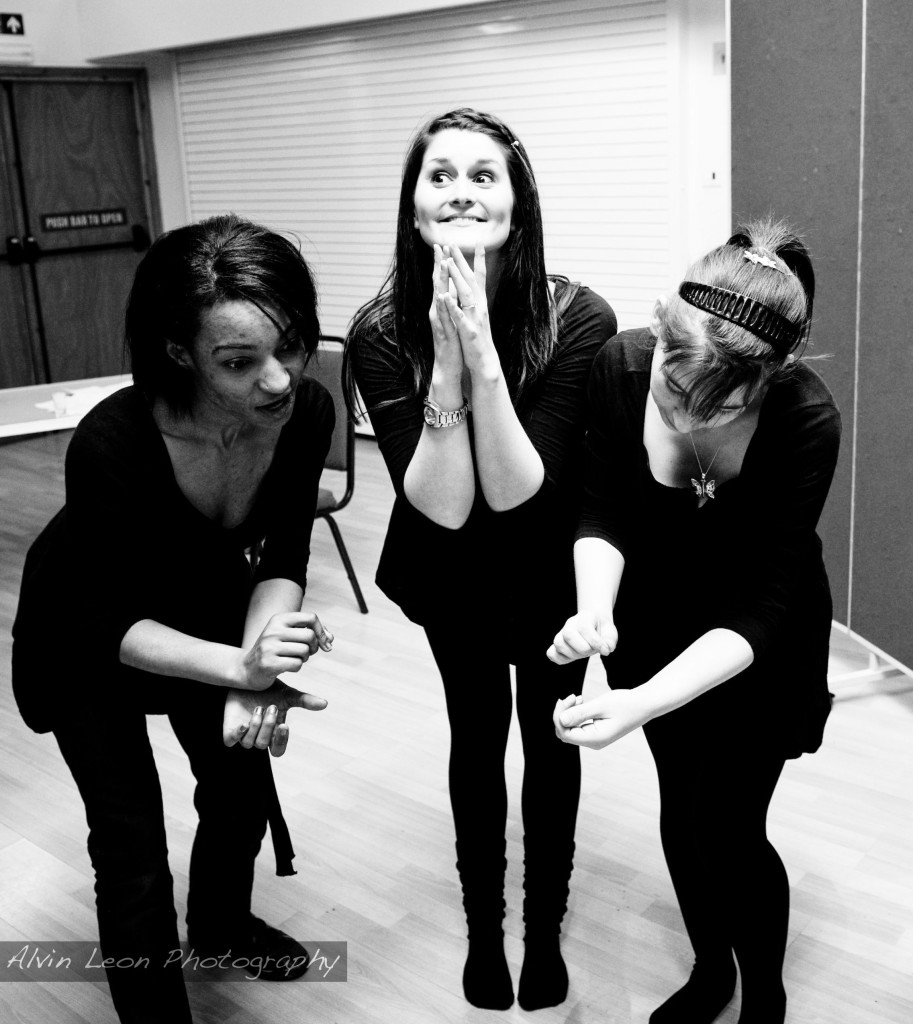 Big thanks go to Reena for her vision and guidance, the audience who came to support us during our Women’s Week performance and to the talented Tiona and Sarah who brought the whole thing to life! 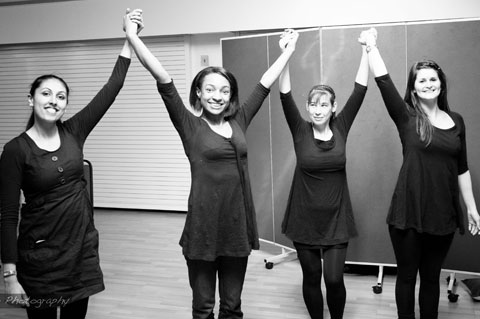